Üsküdar University Institute for Sufi Studies was invited to Azerbaijan 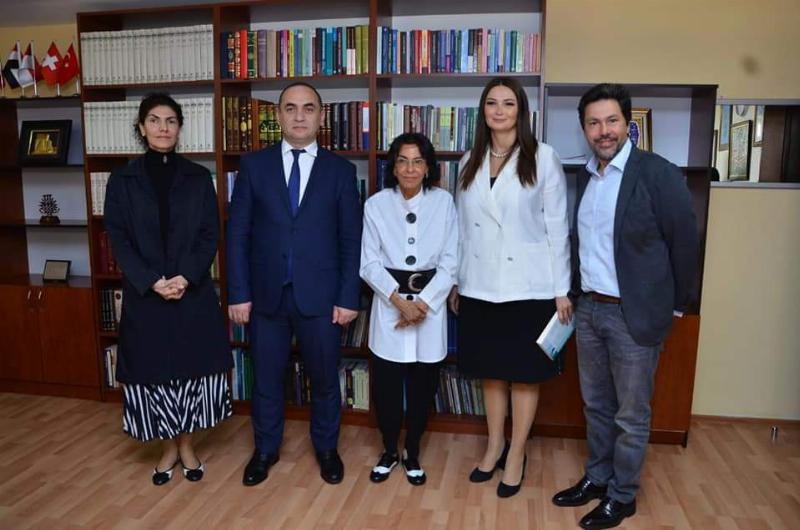 Azerbaijani Parliamentary Member Ganire Pashayeva invited Üsküdar University Counselor to the Chancellor Cemalnur Sargut and her delegation to Baku on 5-8 May 2019 to develop cooperation with various universities in Baku. The director of the Institute for Sufi Studies Prof. Elif Erhan, along with Kerim Güç and Belgin Batum on behalf of the Kerim Foundation, were also at the meeting. Cemalnur Sargut said that Sufism is a global language for countries to understand each other and to live together.

On the first day of the visit to Baku, the delegation met with the President of the Azerbaijani Institute of Theology Prof. Ceyhun Memmedov and exchanged views and opinions. The talks were focused on the Turkish language spoken in both countries, the common cultural values and the opportunities to be developed within the framework of developing cooperation. In particular, the subject of transferring students from the Institute of Theology to Üsküdar University was evaluated in order to continue their education in the field of Sufism. 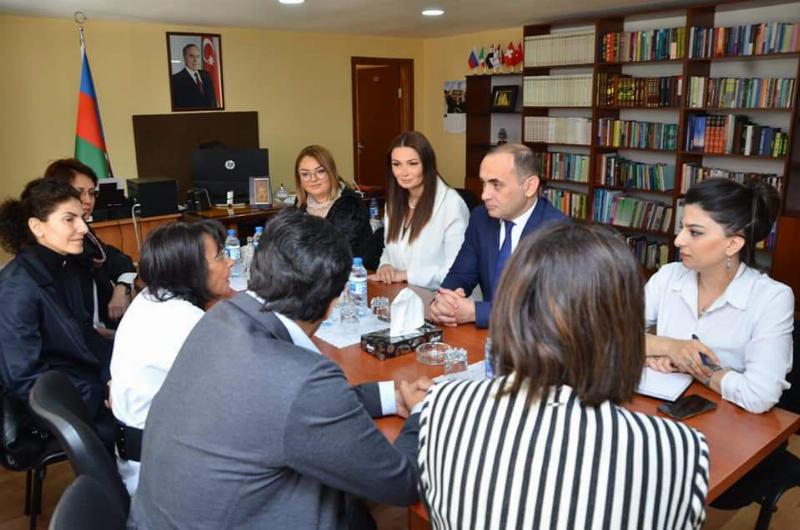 Cemalnur Sargut gave a conference to the students of Institute of Theology and remarked that Azerbaijan expressed its national and religious identity in spite of many invasions and demolitions through preserving the mysticism and language of its literary culture. Sargut also emphasized the importance of spiritual personalities that were born in Azerbaijan and well-known in our country such as Fuzuli, Nizamî-i Gencevî, Nesîmî, Seyyid Yahyâ-yı Şirvâni el-Bâkûvi, who formed the basic elements of this culture. Sargut answered students’ questions and signed her book Can-ı Candır(Hz. Muhammed Mustafa) that is published in Azeri Turkish-language as well.

Sargut: “Tasawwuf is a global language”

The delegation also met with personnel from the Azerbaijani Academy of Sciences Institute of Literature, one of the oldest academic institutions of Azerbaijan. They informed Prof. Aygün Bağırlı and the Academy about Üsküdar University and emphasized the importance of Sufism in explaining and understanding Islam. Common opportunities were discussed at the meeting where Cemalnur Sargut expressed her opinions on the importance of acknowledging Sufism as a global language in order for countries to understand each other and live together. 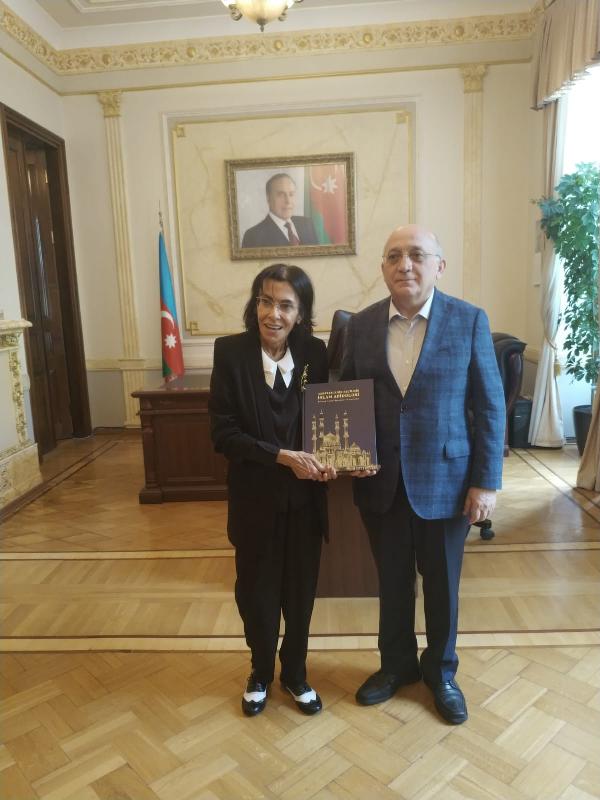 A panel on Nesîmî will be organized…

During the meeting with the President of the State Committee responsible for Religious Institutions Mübariz Kurbanlı, pledges for cooperation between the universities were made. The Azerbaijani Institute of Theology is attached to the Presidency at a ministerial level. President Kurbanlı remarked that they take Turkey’s religious education as a model and mentioned that the former President of Religious Affairs Prof. Tayyar Altıkulaç was the one to inaugurate their Institute. As the first step of the foreseen cooperation, a committee that will include the President of the Azerbaijani Institute of Theology Prof. Ceyhun Memmedov and Ganire Paşayeva, will be present and a panel on “Nesîmî” is planned in cooperation with Üsküdar University Institute for Sufi Studies. The panel is expected to be held in Üsküdar University next June. In addition, the possibility of including students from the Azerbaijani Institute of Theology in the project titled “Journey to the Roots” that is planned by the Kerim Foundation with the Presidency for Turks Abroad and Related Communities, was discussed.

Cemalnur Sargut gave a conference to the mothers of martyrs and veterans at the iftar, which was organized by Education Department Foundation and Ganire Paşayeva. Sargut evaluated the effects of the ongoing war on Armenia and Karabakh border and talked with mothers of the martyrs, orphans and veterans. Cemalnur Sargut got together with her readers and signed her books Listen and newly published Can-ı Candır that are sold in Azerbaijan. 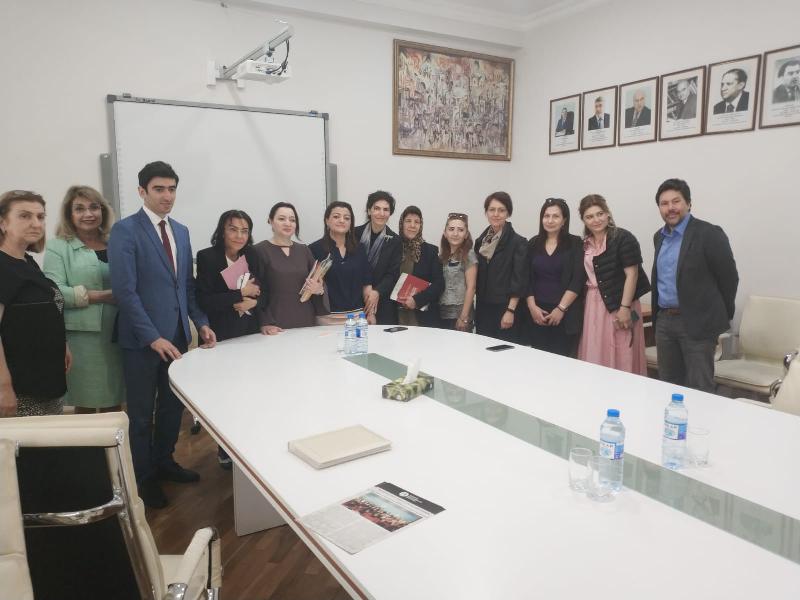 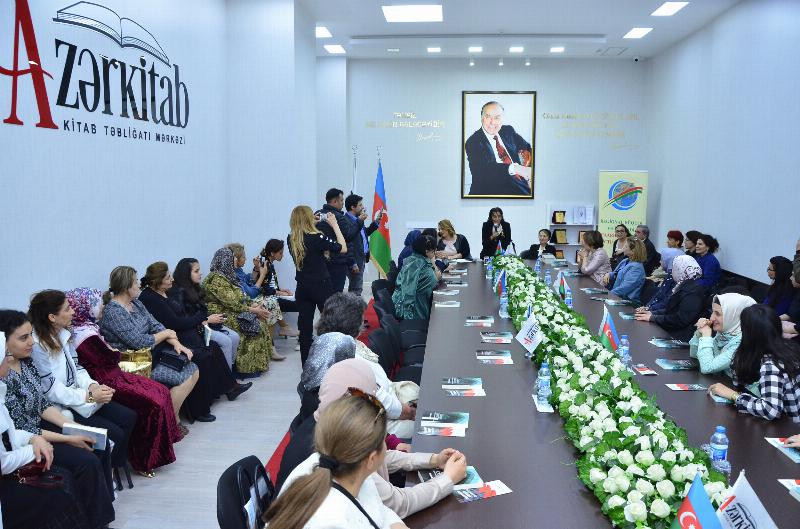